The museum opens up the world of Ono Chikkyo, a famous nihonga (Japanese style paintings) closely connected with Kasaoka.

A painter of nihonga (Japanese style painting), Ono Chikkyo (1889 – 1979) was born in Kasaoka City and was a recipient of the Order of Culture. The museum was opened with the purpose of conveying to the world his great accomplishments based on the many works he left behind donated by his family. A pamphlet published by the Chikkyo Art Museum invites you to experience “The clarity, gentleness, warmth that his art has to offer.” 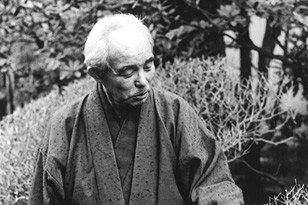 Born in Kasaoka City, Ono Chikkyo is a modern “nihonga” (Japanese style painting) artist. Throughout his career spanning 75 years from age 14 to 89, he continued to depict the natural beauty of Japan. 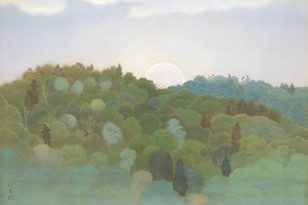 Chikkyo had his eyes on the changing of the four seasons and delicate transformation of morning to evening during the day. It is as if his works convey the tiny breaths of nature.
His clear and serene world, created by his delicate sensitivity, reflects the warm climate of the Seto Inland Sea where he was born and raised, as well as the refined artistic climate of Kyoto which existed on a grand scale.