The best part is the flower gardens stretching as far as the eye can see. You can enjoy the wonderful scenery throughout all four seasons.

Work on the reclaimed land around Kasaoka Bay lasted 24 years and was completed in 1990. In August 2011, the Kasaoka Bay Farm Roadside Station was created on the reclaimed land. In time with its opening, 1 million sunflowers appeared basking in the sunlight. The best time to view them is in early August. The view from an observation point is spectacular. In October, 30 million cosmoses come into full bloom on the 3 ha farmland. Ten million canola blossoms are at their peak from mid-March to early April, turning the entire area into a yellow carpet. Poppies are in full bloom around the end of April. 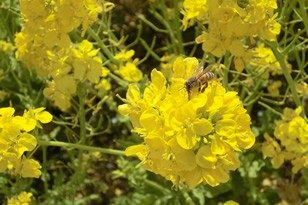 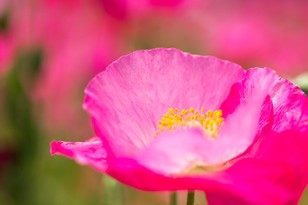 Poppies covering the entire ground can be seen in May.
Best time to see: May 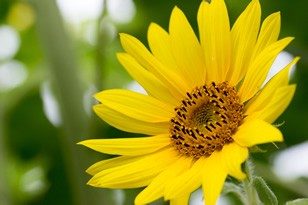 In midsummer, the large round tops of sunflowers in bloom compete for the sunlight. And there are a million of them! They bring color on a massive scale to the Roadside Station summer befitting the huge expanse of the reclaimed land.
Best time to see: From early August 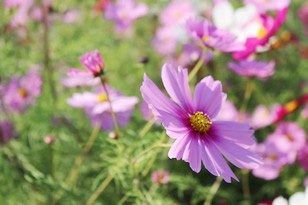 As if celebrating the autumn harvest, 30 million cosmoses flutter in the wind. The seasons, together with the flowers, go through their annual rotation on the reclaimed land.
Best time to see: September to late October 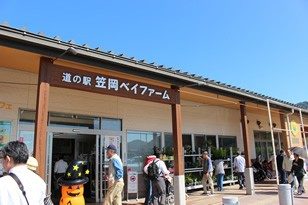 At the adjacent Kasaoka Bay Farm Roadside Station, there are restaurants using local ingredients, a direct sales are selling fresh farm products and processed food, a marine products corner, and other sections selling products that customers flock to.
→Click here for more details.